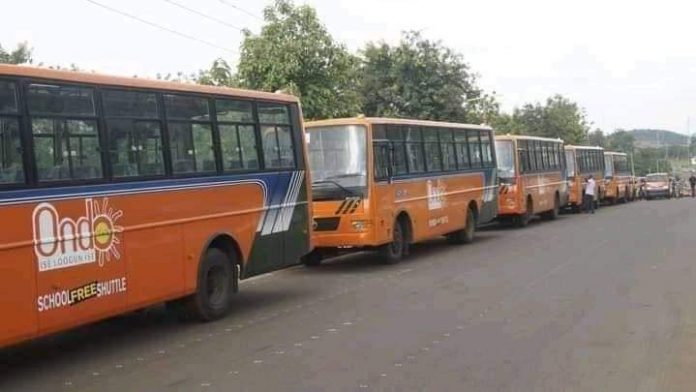 The Special Adviser to the Governor of Ondo State on Transport, Tobi Ogunleye says arrangements are underway to ensure that the shuttle buses are back on the roads to aid transportation of students across the state.

The shuttle buses were introduced during the Mimiko-led government but were abandoned at the twilight of the Akeredolu’s administration.

Ogunleye said government is determined to ensure that the scheme is brought back .

He, however said before the buses are brought back, there is the need for serious overhaul of the system, particularly, the general maintenance of the buses.

The Chairman, Academic Staff Union of Secondary Schools, Mr. Tajudeen Balogun and the representative of the chairman National Council for Women Society Mrs Yinka Oyedele called for synergy among all concerned for the expected success of the scheme.

The meeting proposed between 100 or 150 naira as token to be paid by students daily for the maintenance of the buses and other logistics.