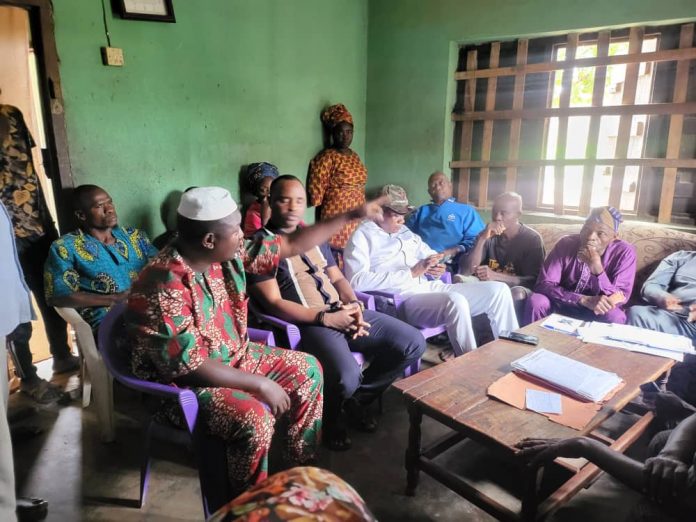 … task him to continue with his good works

The Ondo State House of Assembly Majority Leader, Hon Oluwole Emmanuel Ogunmolasuyi (WEST), at the weekend visited Ishelu Community for consultation, and the response was massive.

While it was meant to be a visitation, Hon Ogunmolasuyi was welcomed with open hands, and the people’s happiness was beyond explanation.

The community leadership applauded the Majority Leader for not forgetting those who stood by him before he became their representative. While he was welcomed with open hands, the people also used the opportunity to tell the majority leader where improvements were needed. They also expressed their utmost satisfaction about his activeness concerning Ondo State at large.

One indigene stated, “the way we have received Honorable WEST today should further quell the rubbish rumour spread back then. Many win elections, and they don’t even check back. Such is not the case with WEST. We will support him massively when the time comes.”

He further appreciated all the Chiefs in the community, elders, women, landlord association, and youths in Ujo community. He promised never to disappoint as long as it is within his capacity.

The ODHA Majority leader, in his simplicity, remained humble and promised to ensure the dividends of governance get to everyone to the best of his ability.

More Photos from the meeting: