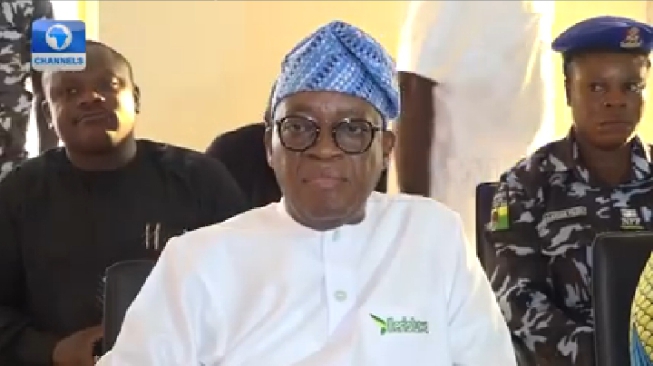 The All Progressives Congress (APC) and its candidate in the July 16 Osun State Governorship election, Gboyega Oyetola have filed a petition at the tribunal to challenge the results of the election.

Both Governor Oyetola and the APC Chairman in the state, Gboyega Famodun signed the petition before it was submitted at the tribunal by their legal team.

Speaking shortly after, Famodun and head of the legal team, Rasheed Adegoke said the party and its candidate have a good case.

“We have the advise of our legal personnel,” Famodun said.

“They have given us assurance that we have a good case. And I believe so.

“A lot of people are here today, believing that we have a good case. And I think by the grace of God, we will have a cause to jubilate at the end of the day.”

Adegoke confirmed that the petition “has been received by the registry of the tribunal.

“In the next few days, activities will be in top gear with respect to the proceedings of the tribunal.

“So we are here today with the petition, which has fundamentals grounds upon which we believe the election ought to have been returned in favour of Alhaji Isiaka Oyetola and All Progressives Congress.

“So, that’s the essence of the election.” (ChannelsTV)