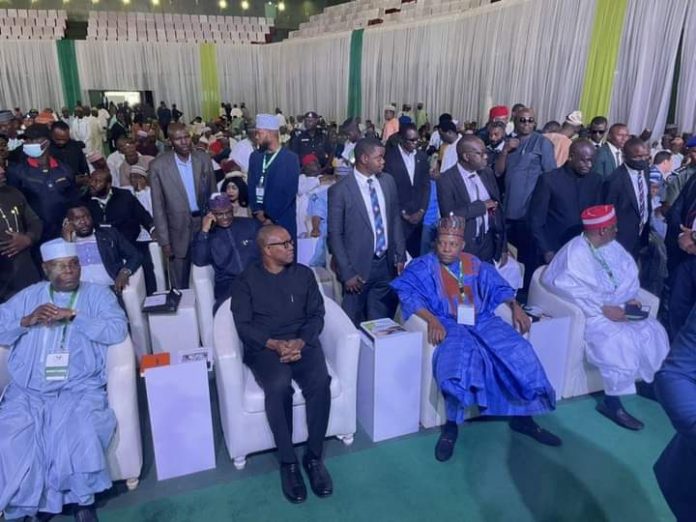 The peace accord initiative came to the fore during the preparation for the 2015 presidential election which threw up incumbent President Goodluck Jonathan and then, General Muhammadu Buhari.

The intense nature of the country during that time necessitated the need of the peace accord, which was championed by the Sultan of Sokoto, Alhaji Saad Abubakar and Bishop of Sokoto Catholic Diocese, Revd Matthew Kukah.

However, Tinubu’s running mate, Kashim Shettima, was present at the signing alongside, Atiku Abubakar of the Peoples Democratic Party, Peter Obi of the Labour Party, Rabiu Kwankwaso of the New Nigeria Peoples Party among others.

No official statement from Mr Tinubu’s camp on the whereabout of the former Lagos State Governor.

However, there are insinuations that Mr Tinubu is seeking medical attention in a UK Hospital.