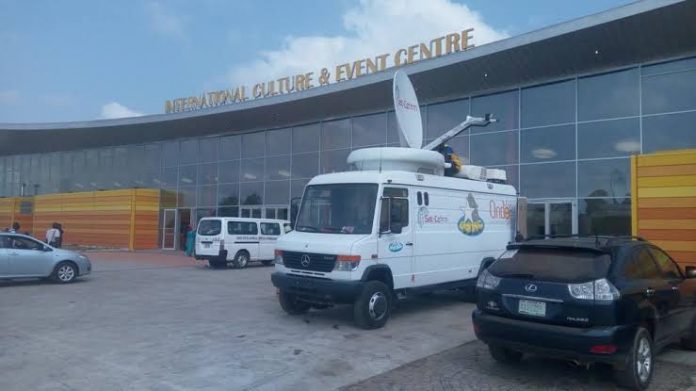 Just like any other sector, the entertainment industry in Ondo State has evolved over the years with a whole lot of the stakeholders having to take stock of its influence on them most especially in the last ten years.

This facet has no doubt attracted perhaps the most of transformations over the last decade with the influx most especially of private Radio Stations across the state after several years of relying on the state owned ODRC/OSRC.

The birth of the first ever FM Radio station (96.5) in Ondo State brought with it the emergence of young and rookie talents who all later transformed into Superstars across the state owned Radio and Television Stations.

Thereafter, the arrival of Positive 102.5FM and Adaba 88.9FM stations eased the reliance on the state owned stations while equally providing a healthy competition amongst the broadcast industry in the state and in the last decade over ten FM Radio stations have sprang up across Ondo State thereby creating platforms for the talents in the industry among the new generation radio stations are; Crest FM,BreezFM,Empire Radio,FUTA Radio,and very recently a certain Fresh FM also sprang up in the state capital.

Aside from Akure other broadcast media stations have been unveiled across the state with both Adekunle Ajasin University and Rufus Giwa Polythecnics now having their community Radio Stations where their own Mass Communication students can learn their trade.

The music industry in Ondo State have also metamophosed in the last ten years after the likes of Lord of Ajasa,Danny Young,Buga,Philipiano,Style Plus all sprang up from the home front to put Ondo State under the spotlights.
However there has been a change in the narrative with artists such as
Bennylee, Feran Banks, Rich Prince, Bayziq, Prablue, Lizzy Folorunso, Xsmile and Dillo just to mention a few have all been waxing strong with an aim to also grow from the home front most especially with the creation of the first ever indigenous musical talents rewarding event, the Ondo State Music Awards, The OSMAs which has no doubt set a platform for Ondo State based talents to not only excel but equally compete favourably among themselves.

There is also the need to mention the Disc Jockeys rocking the events over the last decade with the late Sunday Uloka (DJ Sunny Bruce) standing out as a mentor to promoting home grown talents while many young DJs have also emerged blasting on all fronts in the industry one of the scenereo which resulted in the creation of an Association for DJs in Ondo State.

Disc Jockeys in Ondo State have sincerely contributed towards the development of the entertainment industry especially with the way they go about their business upping their game through the purchase of trending gadgets used across the globe while also setting up targets for themselves.

Ondo State have also made bold strides in the Fashion Industry in the last decade with the likes of Walks Academy, Cupid Faces, BYC and Trillion Agency all discovering, grooming and exposing talents in the modeling world

Adetutu Adejuyigbe created the first ever major event in the industry, The Ondo State Fashion Week which attracted investors from both within and outside the state to a stage it had comparisms with the famous Lagos Fashion Week and the GTB Fashion weekend while events such as Beauty and Bride,Miss Orange,Ondo Fashion TV Show and Awards have also kept the entertainment aspect of the fashion industry aglow in the state.

The Late Sweet Steve and his Laffta Unplugged event no doubt cracked the ribs of many since its emergence almost eight years ago but while the cold hands of death snatched the talented Sweet Steve the likes of MC Layor, Tosjah the Giggler,MC Willy Mouth,Blueface ,MC Labanj have all also come on board with the same aim of making people laugh and also throwing their own weights as the comedy industry in Ondo State continues to grab the headlines.

Hyping is perhaps the youngest in the entertainment industry across the country and Ondo State is not an exception with hype King Marcel, Hypeman Heddie, Hypeman Khalifa,Hypemosnter Matt Osha, Hypeman Ukwu, Aji Shizzy and even a female hype Queen Baddy all horning their skills week in week out at the different events and venues.
The Hype crooners are gradually earning their respect while equally making waves as they are no longer restricted to just clubs and lounges as they have even getting a bite of the cherry at wedding receptions.

For crawlers and ballers as often referred to, Ondo State has witnessed a major revolution in this aspect since the likes of Josemillia, Fellows,
Devalle and Envy Night Clubs all came and disappeared 02 Base,Shaunz Royale,Signatures,Luna and Vegas Night Clubs have all sprang up to cater for night life most especially in the state capital.

There is no sign of stopping or restricting the emergence of night life Hangouts across the state most especially the capital as we now have St Jacob’s, Dejavu,Vibz arena, Trybze and a host of other facilities are now sprawling in every nook and cranny.

There are several other spots like , Sunbeth,The Planet, Sunveiw the Stream and Flourish that equally quench the thirst for night life in Ondo State.

EVENTS PACKAGING
It will be noteworthy that the face of events is transforming on a daily basis and accordingly too that’s why the likes of P Square an event decor has taken her trade to the next level by providing one of the most sophisticated equipments which you don’t have to travel to Lagos to achieve as was the norm while Ageless Agency provides us with most exciting protocol and ushering for social events.

Let’s not forget the Red Carpet reception hosting which was made popular by CSI having hosted Red Carpet of big time events both within and outside Ondo State and they have continued to carve a niche for themselves in what they know how to do best even as a particular name comes to mind in terms of sounds and lightings and it’s no other but G-Sounds that have provided sounds for standout events over the last decade while also ensuring that we are more than capable of getting anything from the home front rather than going to Lagos to get quality.

It is also important to note that another major Entertainment
event was held during the Olusegun Mimiko regime and that was the MARE Carnival held at Idanre which was a convergence for music,fashion, culture, sports and hospitality although it hasn’t held in the last five years or thereafter but it is worthy to note that it truly attracted stakeholders in the entertainment industry as at the time it was organized.

The very many changing faces of the entertainment industry in Ondo State has not stopped but will rather continue in a manner which will see new sets of ideology replacing older ones to the benefit of those following the trend.