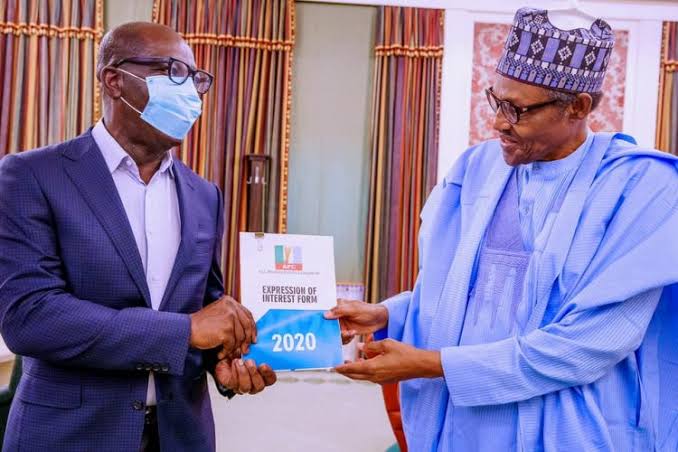 …Party Rakes In N2.5 million From Expression Of Interest Form
…N20 million From The Nomination Form
…List Of The Six Aspirants Out

The All Progressives Congress (APC) has so far realised N135 million from the sale of expression of interest and nomination forms to six Edo governorship aspirants participating in the party’s primaries slated for June 22.

The APC National Organising Secretary, Mr Emma Ibediro, had on May 20 issued the timetable for the party’s primaries in the two states.

According to him, this includes N2.5 million for Expression of Interest Form and N20 million for the Nomination Form.

Read Also: Edo 2020: No Going Back On Direct Primary – Oshiomhole

“The sale of forms to Edo governorship aspirants will begin from May 20 to June 2, while the submission ends on June 3,” Ibediro said.

The party’s national organising scribe also released the list of Edo governorship aspirants who have so far purchased and submitted the forms.

He listed the aspirants as: