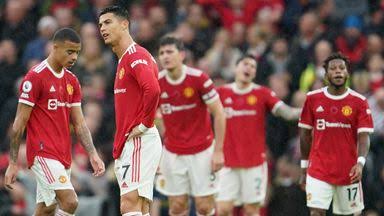 King opened the net for Watford in the 28 minutes while Sarr added a second to put the game behind the Red Devils before the second half.

United put up some resilience upon resumption at the second half with Van De Beek’s consolation goal in the 50th minutes.

But Watford were determined to see the end of the Manchester giant with a third goal from Brazilian’s Joan Pedro.

Watford took the game beyond Ole Gunnar Solksjaer’s team with a fourth goal from Bonaventure.

United’s heavy loss on Saturday to Watford, came after a 5 nil defeat at home to Liverpool and Manchester City’s 2 nil defeat.

The defeat has again cast a doubt on the future of Ole who seems to have earned the wrath of the fans cross the globe.