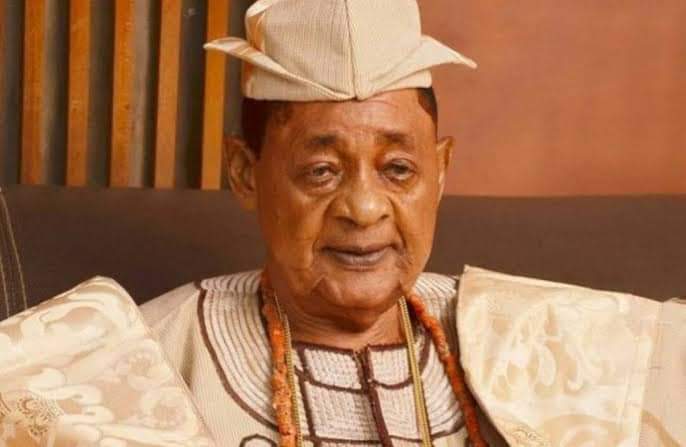 Chairman of the Southwest Governors’ Forum and Ondo State Governor, Arakunrin Oluwarotimi Akeredolu, SAN, received the news of the transition of Alaafin of Oyo, Oba Lamidi Adeyemi III, with a rude shock.

Governor Akeredolu through Richard Olatunde, his Chief Press Secretary, described the transition of the highly revered monarch to the world beyond as a big blow to the Oyo Kingdom; Yoruba race; and the country at large.

“We have lost a quintessential traditional ruler and custodian of the Yoruba culture. His contributions to the development and advancement of the country and Yoruba Land in particular are unquantifiable.

“He was a great pillar. A great giant who did not only represent our cultural values but also preserved and promoted the Yoruba culture. He was a repository of knowledge.

“With over five decades on the throne of his fathers, Oba Lamidi III was the longest-reigning Alaafin whose reign had been the most remarkable for the entire Oyo Kingdom. He was a symbol of Yoruba Unity.” the Governor said.

Governor Akeredolu added that the efforts of the late Alafin toward the unity and progress of the Yoruba can not be forgotten in a hurry.

“His commitment toward ensuring the unity of the Yoruba can not be forgotten in a hurry. He lived a life invariably imbued with candour and resplendence. He was royal to the end.”

The Governor expressed his condolences to Oba Adeyemi’s immediate family, the Oyo State Traditional Council, the Oyomesi, the people of Oyo Kingdom and the entire Yoruba race.

He prays that the Almighty Allah will accept Baba’s soul and give him eternal rest in his blossom.

Dr Olusegun Mimiko, former governor of Ondo state, has described the late Oba Lamidi Adeyemi III, Alaafin of Oyo, as a monarch who was dearly loved by his people.

Mimiko, in a statement by his Special Assistant on Media and Digital Communications, John Paul Akinduro, said “the late Oba Adeyemi lived a fulfilled life in all spheres. He was a one of a kind king and a people’s monarch who cared about the welfare of his people and development of Nigeria”.

He further described the king as one whose transition will leave a big vacuum in traditional leadership in Yoruba race and the country at large.

“The late Oba Adeyemi III enjoyed an uncommon grace of a long and successful reign that every monarch pray for. No doubt, he will be dearly missed by his people. I commiserate with the government and people of Oyo state over the demise of this great monarch. May his soul find eternal rest” Mimiko said.

THE TRANSITION OF OBA LAMIDI OLAYIWOLA ATANDA ADEYEMI III; A RUDE SHOCK AND THE END OF A GOLDEN ERA

The Deji and Paramount Ruler of Akure Kingdom and the Chairman of the Ondo State Council of Obas, Oba (Dr.) Aladetoyinbo Ogunlade Aladelusi, Odundun II have received the passage of His Imperial Majesty, Oba Lamidi Olayiwola Atanda Adeyemi III, the Alaafin of Oyo with rude shock.