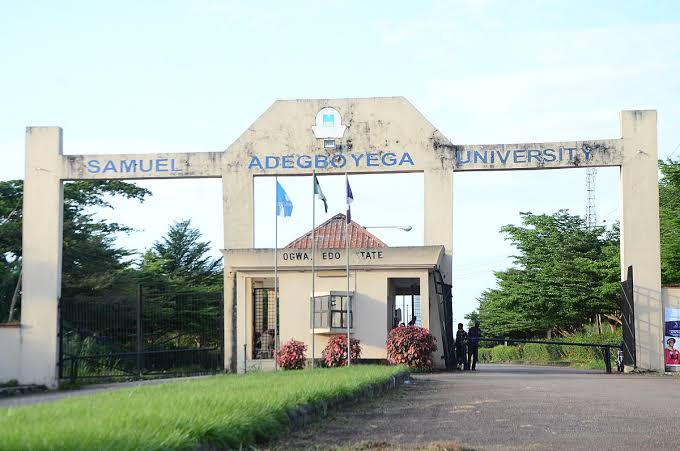 The Dean, College of Management & Social Sciences of the University, Prof. Ezekiel Asemah, dropped the hint, on his Facebook profile on Wednesday.

“To God be the glory. Our change of name has been approved by NUC. Samuel Adegboyega University is now Glorious Vision University,” Asemah wrote.

Samuel Adegboyega University (SAU) is located in Ogwa, Edo State, Nigeria, West Africa. It was founded by The Apostolic Church Nigeria, LAWNA (Lagos, Western and Northern Areas) Territory, which has her headquarters at Olorunda-Ketu, Lagos.

The university, was initially named after the first Nigerian Superintendent of the church, Pastor Samuel Gbadebo Adegboyega. The institution received its licence from the Federal Government Of Nigeria on Monday March 7, 2011 as the 45th Private University and 117th overall in the Nigerian University system. The university took off its first academic session in 2011/2012.