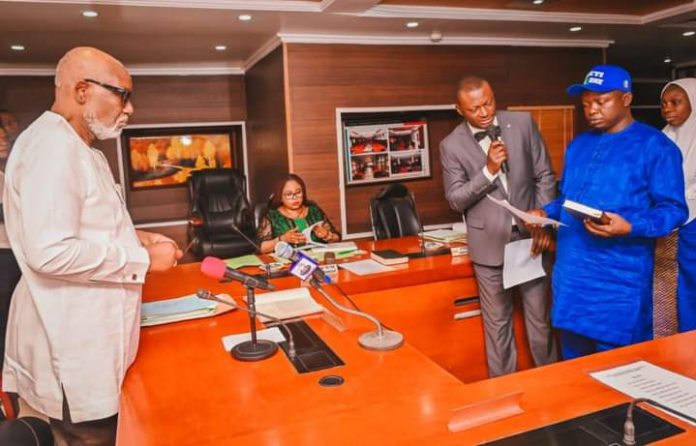 Takuro’s swearing-in at an event at the Governor’s office followed his screening and confirmation by the State House of Assembly.

Members of Takuro’s family including his Wife attended the event.

The Deputy Governor, Hon. Lucky Aiyedatiwa and Members of the State Executive Council led by the Secretary to the State Government, Princess Oladunni Odu also witnessed the swearing-in.

Governor Akeredolu congratulated him and members of his family, while charging him to see his new position as a call to serve the people of the State.